The Baltic States are widely known for its choral traditions. These are the home countries of Arvo Pärt, Peteris Vasks and Onutė Narbutaitė. In this session, the great works of Baltic contemporary choral music will be introduced and performed. 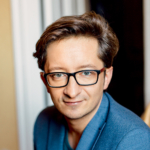 Jānis Ozols is one of the well-recognized and promising conductors in Latvia, Artistic Director of the “International Baltic Sea Choir Competition”, and is also known as one of the former vocal group Cosmos Singers. Currently Janis takes an active role in the field of academic music in Latvia, being jury member of international choir and singer contests, as well as being head conductor of the Riga and Jurmala regional choirs of the XXV Latvian Song festival which will take place in 2018. He has reached notable achievements and won many prizes in Latvia and abroad with the mixed choirs Maska and PaSaulei. Maska won the Grand Prix at the XV international choir festival “Tallinn 2017”. 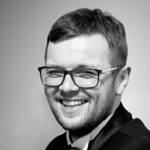 Linas Balandis (b. 1988) graduated in Choir Conducting under Vytautas Miškinis from the Lithuanian Academy of Music and Theatre and is now continuing his education as a PhD student at the same institution. He is the winner of four international competitions. Furthermore, he has won prizes at five Lithuanian competitions. He is currently the conductor and Artistic Director of the male choir Kariūnas and the Assistant Conductor of the youth choir Ąžuoliukas.