FICTA offers you the opportunity to meet the most important Catalan composers and discover their last choral music including the “Five Folk Songs” commissioned by the EUROPA CANTAT XX Festival for the children’s choirs atelier (A1) and secular and sacred music for mixed choirs by Josep Oll, Miquel Oliu, Joan Magran, etc. 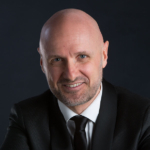 Conductor, composer and pedagogue Josep Vila i Casañas was born in Sabadell, Spain, in 1966. He specialises in a cappella repertoire, as well as historical choral and orchestral music. As a composer, his main area of interest is in writing for voices and instruments, and he has written an extensive body of works for children’s and youth choirs, for mixed a cappella choirs and for choir and orchestra. His Sanctus-Benedictus (1992) and Salve Regina (2001) are among his most frequently performed works, with performances given around the world. His recent works include the Missa Sanctus-Benedictus (2015), for a cappella double-choir, and the oratorio Veni Creator Spiritus, scored for four soloists, choir and orchestra, which was premiered at the Palau de la Música Catalana in Barcelona in 2016. 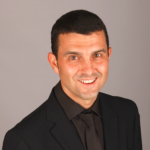 Josep Vila i Jover studied choral conducting with Enric Ribó, Conxita Garcia and Christian Grube. He is the artistic director of Societat Coral Amics de la Unió, an outstanding choral school in Catalonia with more than 600 students and 10 active choirs. He is also the choir conductor of two of the school choirs: Cor Infantil Amics de la Unió (60 treble singers aged between 11 and 17), and Cor de Cambra de Granollers (mixed choir with 30 members). He has also conducted children voices parts in operas performed in the Gran Teatre del Liceu Opera House in Barcelona. He has been guest choirmaster in “Eurotreff 2017” in Wolfenbüttel, Germany, the “Setmana Cantant” in Tarragona, Catalonia, and in “Festival di Primavera Feniarco”, in Italia as a workshop teacher. His children’s choir Cor Infantil Amics de la Unió has been chosen to perform in the World Symposium on Choral Music 2017 and it will participate in the Taipei International Choral Festival. He was also leading a workshop in Pécs (Hungary) Europa Cantat 2015.