Perform the central piece of the world’s most performed living composer – Arvo Pärt. This masterpiece was nominated for a Grammy Award in 1994. The atelier will be accompanied by the Estonian National Symphony Orchestra. 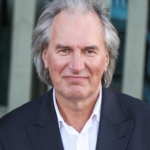 Tõnu Kaljuste (EE) is the conductor who founded the Estonian Philharmonic Chamber Choir (EPCC) in 1981, the Tallinn Chamber Orchestra (TCO) in 1993, the Nargen Opera project theatre in 2004 and the Nargen Festival in 2006. He is the winner of several prizes for recordings (Diapason d’Or de l’Annee 2000, Cannes Classical Award, Edison Prize, Brit Award 2003, Grammy Award for Best Choral Performance 2014).
Since 2010, Tonu Kaljuste has worked as a professor at the Estonian Academy of Music and Theatre and as the head of its Conducting Department. He has worked with many orchestras and choirs all over the world, e.g. Swedish Radio Choir and the Netherlands Chamber Choir. He has been appointed a member of the Royal Music Academy of Sweden and has been awarded the Japanese ABC Music Fund Award, the International Robert Edler Prize for Choral Music, the First Prize of the 2004 Estonian Cultural Fund and the 2010 Performance Prize of the Estonian Music Council. 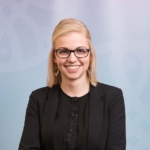 Assistant Mai Simson (EE) graduated her masters degree from the Estonian Academy of Music and Theatre as a choir conductor under the guidance of professor Tõnu Kaljuste. Since February 2017 she has been the choir master of the choir of Estonian Academy of Music and Theatre. As a conductor or a choir master she has worked in different projects with Estonian  National Male Choir, Estonian Philharmonic Chamber Choir, Tallinn Chamber Orchestra and chamber choir Voces Musicales. She was one of female choir conductors at the 12th Youth Song and Dance Festival of Estonia “Here I’ll stay”.