B7 Musicals – The Triple Challenge

Musical is often observed as a genre that is pure entertaining and not so much an art form. This atelier proves that it’s not true at all! Not everybody can sing, dance and act at the same time in a high quality. 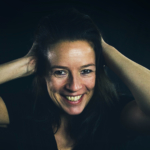 Panda van Proosdij (NL) has been working on a method / philosophy “Voice & Physique” for ten years now. This method is about supporting the voice by creating a good physical awareness and a way to let movement contribute to the quality of singing. She gives workshops and masterclasses ‘Voice & Physique’ all over the world and creates Choireography (Choireography is a term that Panda invented to point out that her work is about movement which supports singing) for different choirs and their events. In 2014 her book ‘Voice & Physique’ has been published. Panda directs musicals, light opera and music theatre performances. She started her own theatre company PANDORA werktheater in 2016 in Amsterdam. In 2014, she won an award for ‘Best Director’ and in 2016 for ‘Best Choreography’. 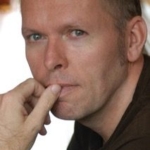 Hans Cassa (NL) finished his studies at the Rotterdam Conservatoire in 1992 with a music degree in performance and teaching. In 1991 he joined the a cappella pop group Montezuma’s Revenge. He left the group in 1993 to return in 2000 for another four shows, amongst others the highly acclaimed Pop Art. In the years in between Hans sang and played in the musicals Cats, My Fair Lady, Evita and Joe, the Musical. In 2011 Montezuma returned to the Dutch and German theaters with two more shows. In 2013 Hans became the head of the Music Theatre Department at Codarts, University of the Arts in Rotterdam. He has worked several times for the Female Youth Choir of the Netherlands for which he wrote a prize-winning arrangement at the European Festival of Youth Choirs (EJCF) in Basel in 2016.