B15 Forgotten Peoples and Languages

There are over 7000 languages in the world, many of them are endangered. Veljo Tormis dedicated the cycle “Forgotten peoples” to Fennic ethnic groups that are nearly extinct. In this atelier, excerpts from this Tormis’ cycle and additionally other pieces in “dying” languages are performed. 2018 is the European Year of Cultural Heritage and with this atelier we would like to remind people the rich intangible heritage found in choral traditions around Europe and the need to preserve this unique diversity. 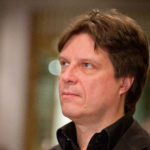 Kari Turunen (FI) holds a doctorate in early music performance practice from the University of the Arts, Helsinki. He is the artistic director of the male chorus Akademiska Sångföreningen, Kampin Laulu chamber choir, the choir of the cantors of the Finnish Lutheran Church, Chorus Cantorum Finlandiae; the all-male Ensemble Petraloysio (2011–) and Spira Ensemble. He is also a member of Lumen Valo, a vocal ensemble that is one of the driving forces on the Finnish early music scene. Dr Turunen taught choral conducting at the Tampere University of Applied Sciences School 2001-2011, before concentrating on the roles of conductor and artist-scholar. He appears regularly as a teacher of choral courses, adjudicator and clinician. Dr. Turunen acts as chairman of the Finnish Choral Directors’ Association (FCDA). He was the Choral Conductor of the Year 2008 in Finland. 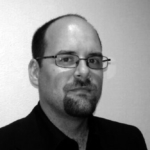 Zoltán Kocsis-Holper (HU) is a choral conductor, bariton singer and music teacher. He is the assistant
conductor and a singer of the National Choir in Hungary, the artistic leader of the choir called Kórus
Spontánusz and Vass Lajos Chamber Choir. He graduated at the Liszt Academy in Budapest in the faculty of choral conducting and musicteacher. As a conductor he also has been working with professional choirs like the Groot Omroepkoor and the Nederlands Kamerkoor, the Hungarian Radio Choir, the Hungarian National Choir and the Kodály Choir Debrecen.
Length:
8 days
Final performance:
04.08.2018
Age:
Open
Category:
Mixed
Status:
Full