A7 Kreekviem – Requiem by Cyrillus Kreek

Cyrillus Kreek is one of the most significant Estonian composers. The Requiem was premiered in the Estonia Concert Hall in 1929. The atelier’s final concert will be in the same concert hall and accompanied by the Estonian National Symphony Orchestra. 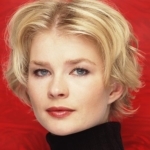 Described by the Herald Tribune as “charismatic, brilliant, energetic”, Anu Tali (EE) is one of the most intriguing young conductors on the international scene today. She is Music Director of the Sarasota Orchestra in Florida and Chief Conductor of the Nordic Symphony Orchestra which she founded in 1997. Today the Nordic Symphony Orchestra has members from fifteen countries, featuring musicians from some of the world’s leading orchestras. Tali appears regularly with orchestras worldwide including the Japan and Tokyo Philharmonic orchestras, Orchestre National de France, New Jersey, Gothenburg and Swedish Radio Symphony orchestras. In Germany she worked with Deutsches Symphonieorchester Berlin, Symphonieorchester des Bayerischen Rundfunks, Berliner Konzerthausorchester, Deutsche Kammerphilharmonie Bremen and Ensemble Modern. She has also conducted operas in Magdeburg State Opera, Finnish National Opera etc.

Assistant Heli Jürgenson (EE) is the chorus master of the Estonian Philharmonic Chamber Choir and Chief Conductor of Mixed Choir of Estonia Society, and teaches choral conducting in Tallinn Georg Ots Music College. Heli Jürgenson has conducted joint choirs in several Estonian Song Celebrations. She has been the artistic director of the Finnish-Estonian Song Festival and Sacred Music Festivals. Heli is corrently the conductor and artistic director of the 12th Youth Song Celebration in 2017. In 2013 she was awarded the grant of Gustav Ernesaks foundation and won the prize of the conductor of the year of Estonian Choral Association. She has also worked as a chorus master of the Estonian National Opera for 11 years.