Let’s congratulate the Republic of Estonia for its 100th anniversary by singing on the shell stage. Experience the same feeling that all Estonians experience every five years on the Song Celebration Grounds! The repertoire will include classics from the Estonian Song Celebrations and beloved songs from all over the world. 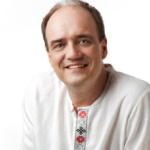 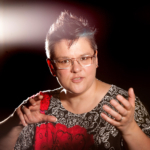 Finnish rhythmic choir conductor pioneer, composer and pedagogue Merja Rajala is specialised in popular music, including world music genres and fusions. In addition to her own choral work (Global Choir, Open Voice, Partita) Merzi is the responsible lecturer for Global Choir Conducting/Sibelius Academy, and the creator of Vocal Ensemble Pedagogy/Metropolia UAS. Currently she is researching the possibilities of improvisation methods used as a vehicle for collective artistic work in choirs.