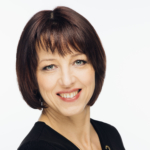 Ingrid Kõrvits graduated from the Estonian Academy of Theatre and Music in 1992 as a choral conductor. Works as the children’s and youth choir conductor in Tallinn Music High School since 1992, teaches also choir conducting and is the leader of the choral and vocal coaching department. Has worked as a conductor of Ellerhein Children’s Choir from 1987 to 2011, since 2012 the chief conductor of the Ellerhein Girls’ Choir. She has been the general director of children’s choirs in the Estonian Song Celebrations since 2002. Has been a member of jury in international choral contests. Has given presentations about the use of the Kodaly method in Estonia at the international symposiums and festivals in Hungary, Cypros, USA and Estonia. Ingrid has won several prizes and conductor awards in international choir competitions. Recieved Estonian Choral Society’s Conductor of The Year awards in 2010 and 2016.