Performances of American folk music, Appalachian songs, shape-note folk hymns, and wilderness spirituals have ushered in a new fusion of the bluegrass style of music with choral music performance. Tim Sharp has been a part of this new fusion with performances of his “High Lonesome Bluegrass Mass” and other compositions combining the bluegrass instrumental ensemble with bluegrass elements in choral music. This atelier presents a detailed survey of this music and defines the elements contributing to its style and popularity. 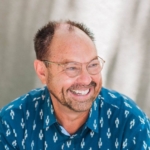 Tim Sharp (BM, MCM, DMA) is Executive Director of the American Choral Directors Association (ACDA). He represents choral activity in the United States to the International Federation for Choral Music (IFCM) and serves as Vice-President. He is Artistic Director for the 2020 World Choral Music Symposium in Auckland, New Zealand. Sharp, himself an active choral conductor, researcher, and writer, has varied his career with executive positions in higher education, recording, and publishing. Prior to his leadership of ACDA, Sharp was Dean of Fine Arts at Rhodes College, Memphis, TN, and earlier, Director of Choral Activities at Belmont University, Nashville, TN. As a music publisher, Tim was President of the Antara Music Group, a Nashville based music publisher and distributor for choral and recorded music.