At the first Estonian Song Celebration in 1869 only male singers were allowed to participate. However, today the largest number of singers come from elementary and primary school choirs, with up to 10,000 children on stage. Since 1993, Aarne Saluveer has been at the forefront in building the foundations of Estonia’s internationally renowned choral tradition. It can sometimes be difficult to find and commission suitable songs, to help aid the musical and educational development of young singers. Join us for this atelier, to discuss these issues and help facilitate material for the next generation of musical talent. 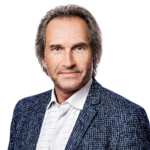 Aarne Saluveer has served international choral community as Member of Council of World Choir Games, Board Member of Europa Cantat, IFCM, Estonian Music Council and as the President of the Estonian Choral Association. He has collaborated with Michael Jackson (“HiStory Tour”), Roxanna Panufnik, Eric Whitacre, Imogen Heap, Arvo Pärt, Veljo Tormis, Tõnu Kõrvits, Urmas Sisask, Estonian National Symphony Orchestra and Tallinn Chamber Orchestra. Since 1993 he has conducted the world biggest choir of more than 20,000 singers in front of an audience of 100,000 people at the Estonian Song Celebration. Aarne was the Artistic Director of the 10th Youth Song Celebration “Ilmapuu/World Tree“, won a prize at “Many Musics in Europe” contest of the European Music Council and was presented at the World Music Council Forum/Los Angeles. He has held presentations and master classes at the General Assemblies of Europa Cantat; IFCM World Symposium, published articles in International Choral Bulletin and Europa Cantat Magazine. In 2010, he was the Music Director of European Film Awards Gala and has been the musical director to concerts to Her Majesty Queen Elizabeth II and Their Majesties Japanese Emperor and Empress. He has done recordings for Warner Classics, Melodija, Estonian National Broadcast, BBC, WDR, NRK,YLE, RAI, Danish Radio, USA, Asian and Russian TV Channels. Aarne Saluveer has also received the Order of the White Star 2004; Guido d’Arezzo Award; Estonian Public Broadcasting Musician of the Year Award, Estonian Choral Association Conductor of the Year; Estonian National Committee for UNICEF Award.