As a tribute to the trajectory of Alberto Grau, Aequalis Foundation organized the International Choral Composition Competition (CICCAG, 2017) with the aim to promote, in this first edition, the creation of choral repertoire written in Spanish for mixed choirs and equal voices. A jury formed by Zimfira Poloz, Robert Sund, Javi Busto, César Carrillo and Ana María Raga rated 150 works submitted by composers from 23 countries. The winner composers are from Europe, Africa and America. The works are being premiered in Spain, Uruguay and Venezuela. and the VoxPopuli category winner work will be premiered by a Virtual Choir on the World Choral Day. 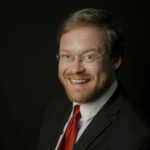 Jan Schumacher (b.1980) is Music Director of Frankfurt Goethe-University as well as conductor of Camerata Musica Limburg and the Choir of TU Darmstadt. Until 2016 he was professor for conducting at the College of Church Music in Rottenburg. Jan was chorister in Limburg cathedral and studied music education, German language and choral conducting. With his ensembles, he builds extensive repertoires from Gregorian chants to world premieres, from symphonic orchestra to Big Band, and vocal or electronic improvisation. Jan regularly teaches courses for choirs, orchestras and conductors worldwide, has served as jury member for many prestigious competitions and is co-editor of many choir books.