The workshop offers the opportunity to sing Puccini’s Messa di Gloria, which was written when he was a student. The premiere was in 1880, however the next performance was 72 years later. The atelier will be accompanied by the Estonian National Youth Symphony Orchestra. 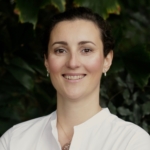 Donka Miteva (BG) studied choral conducting at the State Academy of Music in Sofia, Bulgaria and orchestra conducting at the Robert Schumann Music Academy in Düsseldorf, Germany. 2007–2011 she was conductor and choir director at the State Opera in Münster, Germany, since 2011 is artistic director and conductor of Collegium Musicum Berlin at the Free and Technical Universities in Berlin. She has received several conducting prizes in Münster (2011), St Petersburg (2013), Varna (2014), Bucharest (2014), Berlin (2017).