B10 Love Songs (for Individual Singers)

Want to attend the EUROPA CANTAT festival but you are not in a choir or ensemble? This is the opportunity for you! In this atelier, you can sing love songs with other single singers. You never know what could happen… 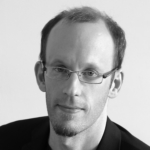 Kevin Fox (CA) is a baritone, mouth drummer, coach, arranger and Toronto native, and is a recognized voice in the world of contemporary a cappella. For the last nine years he has toured the globe with the Grammy-winning group The Swingles, following on the heels of his nine-year stint with Toronto’s Juno-nominated vocal band Cadence. He serves as Artistic Director of the Israeli choral project Vocalocity. His improvisation workshops including “Sing Without A Safety Net” and “Beatbox And Beyond” have received rave reviews in schools, festivals, and summer camps in North America and Europe. Kevin’s latest initiative, a master class series called Coach K Music, is due to launch in 2017.