Wonderful possibility to sing masterpieces by great composers such as Händel and Purcell. 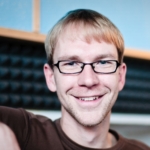 Michal Hájek (CZ) is a conductor and pianist living in Prague. He is the winner of the Choral Conductors’ Competition in Budapest in 2011. With his project choir Bohemiachor and with Oktet vocal ensemble he got several first prizes at choral competitions. Recently he works at the National Theatre in Prague and at music schools as a piano teacher. One of his biggest hobbies is choral improvisation. 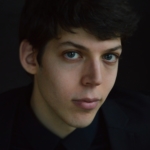 Yuval Weinberg (IL) is the musical director of Kammerkoret NOVA and the chamber choir Hortus Vocalis. Since 2017 he also conducts the Norwegian National Youth Choir.
Yuval studied choral conducting at the Norwegian Academy of Music and the Hochschule für Musik ‘Hanns Eisler’ Berlin. He is regularly invited to conduct professional ensembles such as the Norwegian Soloists Choir and the Bavarian Radio Choir.
In 2014 Yuval won the International choral conducting competition Towards Polyphony in Wrocław, Poland, and in 2015 the Gary Bertini Award for young Israeli conductors.