The atelier brings together the essence of two musical traditions – Gregorian chant from Europe and mystical, devotional music from South Asia. 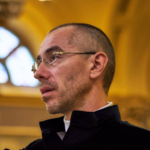 Jaan-Eik Tulve (EE) graduated from Tallinn Conservatory in 1991 and specialized in Gregorian chant at Le Conservatoire National Supérieur de Musique et de Danse de Paris (CNSMDP). He has given many courses in Gregorian chant in France, Belgium, Italy, Norway, Scotland, the Faeroe Islands, Lithuania, Finland and Estonia. Jaan-Eik Tulve has been often invited to lead work-sessions in monasteries and workshops at festivals. In 1992 Jaan-Eik Tulve became the conductor of the Choeur Grégorien de Paris and has appeared with the choir in many European countries and also in Lebanon. Many of the recordings he has made with the choir have received great critical acclaim (Diapason d’Or). In 1996 he took up a position teaching Gregorian chant at the Estonian Academy of Music and at the same time formed the Vox Clamantis in Tallinn. Jaan-Eik Tulve has been awarded the Order of the White Star of the Republic of Estonia, the Order of Léopold of the Kingdom of Belgium and the Order of Arts and Letters of the French Republic. 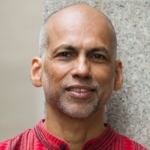 André de Quadros (ID) is a professor of music at Boston University. He is Music Director of the Manado State University Choir (Indonesia), Common Ground Voices (an Israeli /Palestinian/Swedish choir), the VOICES 21C project choir, and Aswat (Muslim choir, Sri Lanka). Dr de Quadros is the editor of The Cambridge Companion to Choral Music. In addition to leading projects in Massachusetts prisons, he is active in community choral projects in the Arab world and Israel. His professional life has taken him to the most diverse settings in more than forty countries.