A1 Children’s Songs Around the World

Perform beautiful pieces composed for children from different parts of the planet. 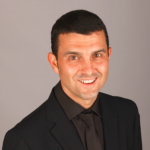 Josep Vila i Jover (CAT-ES) studied choral conducting with Enric Ribó, Conxita Garcia and Christian Grube. He is the artistic director of Societat Coral Amics de la Unió, an outstanding choral school in Catalonia with more than 600 students and 10 active choirs. He is also the choir conductor of two of the school choirs: Cor Infantil Amics de la Unió (60 treble singers aged between 11 and 17), and Cor de Cambra de Granollers (mixed choir with 30 members). He has also conducted children voices parts in operas performed in the Gran Teatre del Liceu Opera House in Barcelona. He has been guest choirmaster in “Eurotreff 2017” in Wolfenbüttel, Germany, the “Setmana Cantant” in Tarragona, Catalonia, and in “Festival di Primavera Feniarco”, in Italia as a workshop teacher. His children’s choir Cor Infantil Amics de la Unió has been chosen to perform in the World Symposium on Choral Music 2017 and it will participate in the Taipei International Choral Festival. He was also leading a workshop in Pécs (Hungary) Europa Cantat 2015. 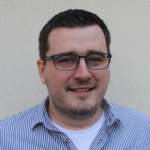 József Nemes (HU) is the conductor and music teacher of Saint Ephrem Greek Catholic Primary School in Debrecen, Hungary. He manages three different choirs: a children’s choir, a mixed youth choir and a chamber choir. They have achieved several international and national successes (among others, World Champion and European Champion title, Grand Prizes of the Hungarian National Choir Competition and International Choir Competition of Arezzo). Besides the most important aim of him is to provide a joyful and solidary community for his choir singers.